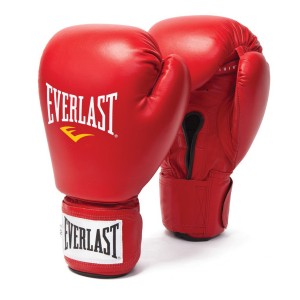 Whether you’re negotiating to resolve some sort of disagreement, to close a business arrangement, or something in between, an essential element of that negotiation is trust. As it applies to negotiations, trust is a level of confidence that the parties involved in the process will bargain in good faith, and live up to the commitments they make.

Creating an Atmosphere of Trust

Some people think that in order to create an atmosphere of trust, they need to give something away in the beginning of the process. Typically when people do this, it’s something fairly insignificant that they are perfectly willing to give up anyway. So they think there’s no harm. But by doing this, they not only give up a potential bargaining chip, they may display a measure of weakness that the other side may try to exploit.

Creating trust is actually a process that begins with a warm, cordial demeanor at the outset and progresses from there.

As negotiations progress, negotiators begin to get an even better feel for the other people involved. This is where their initial level of trust can either increase or decrease, depending on how you conduct yourself. If you’re consistent in your approach to the issues raised and the people raising them, trust in you will likely increase. On the other hand, if you’re aggressively shouting one minute and submissively calm the next, people’s trust level in you will diminish.

Of course, some might argue that by constantly changing demeanor you can keep the other parties off guard, thereby strengthening your position. That might work as a short term tactic, but as a long term strategy it will do damage to your reputation that is difficult to repair. Even if you never have to deal with that particular individual again, reputational risk increases through reference checks.

If you wish to be a successful negotiator long term, you need to create and nurture a reputation that makes others want to negotiate with you. While the way you act during a given negotiation can have an immediate impact on whether people trust you, how you conduct yourself after the final agreement is reached can make or break people’s trust in you. If you deliver on everything you promised, people’s trust in you will be validated, and they’ll be happy to deal with you again. If you renege in any way, people will be less likely to want to deal with you again. It’s as simple as that.

If you would like to learn more about Garrison Street and our offerings contact us online or call 617-996-9159.